After a long interval of eight years, the Club at last had the opportunity to return to our spiritual home, the Low Pond.  The surprising cold snap at the end of January had resulted in a good ice cover on the pond.  Our Surveyor (J Cowper) journeyed to the pond on Friday 1 February to assess the likelihood of play, accompanied by his Trainee (R Hope).  Two inches of ice! The call to members went on Friday afternoon.

A work party of Messrs. Anderson, Carr, Cowper, Hope, Hunter, Ramsay, and Scott (Snr) made their way to the pond on Saturday morning to begin preparations.  First an overnight fall of snow had to be cleared, then it was down to marking two rinks and sweeping them clear.

Once members had gathered, Skips for the day were appointed (D Anderson, D Carr, J Cowper, and J Ramsay) and teams drawn.  Then after opening stones by Jim Cowper and President Christine Hope, play commenced.  The event started with the intention of playing three rounds of 4 end games.  However after the first games, the rising temperature  necessitated a decision to make the second two rounds only 2 ends.  As it turned out this was a little optimistic, part way through the final games play had to be abandoned for safety reasons when the ice was penetrated on one of the rinks.

Team Carr had won both of their first two games and were well up in shots scored, so they won the Outdoor Medal.  Well done Dave, Keith Morris, Martin Hobbs, and David Gillespie. 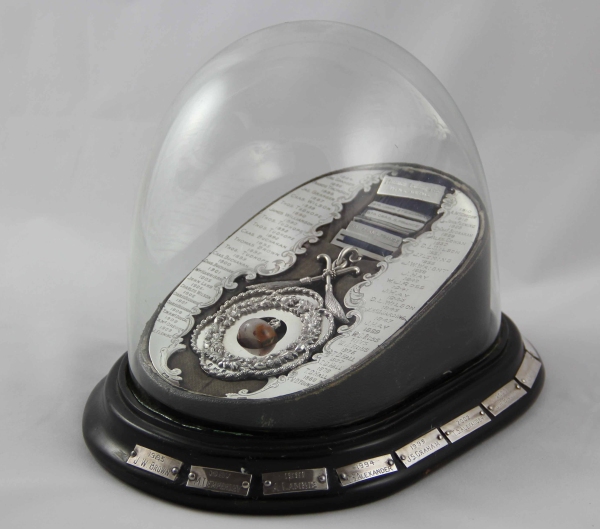 A reminder from Jim Cowper that 40 years ago on 3 February we had 18 rinks playing on the Low Pond. We had 4 Penicuik rinks entered and won three of them. It was a great day, only to be outdone with the Grand Match that week on the 7 February 1979.