A Singles Knock-out competition was tried out in 2001-02 at the suggestion of a subsequent President, Colin McCall.  The competition was embraced with enthusiasm by a tranche of the membership and it has been a regular feature of the annual club programme since then. Indeed for a few years an associated Singles League was contested but eventually support for that waned such that it became no longer viable.  Colin McCall gifted a prize for the Singles competition along with a smaller trophy for the Runner-up. 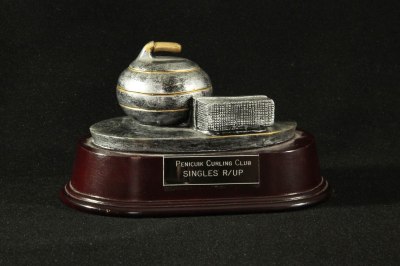 More recently the competition has been played in a double knockout format, with High Road and Low Road winners.